posted on May, 22 2022 @ 08:33 AM
link
ESA have been looking at globular cluster NGC 6558 using Hubble's Advanced Camera for Surveys and they released this image last week so we could take a look at it too , and yes it's full of Stars.

NGC 6558 is a cluster of tens of thousands to millions of stars about 23 000 light years away toward the center of our Galaxy , the link below contains a full size tiff version of the image weighing in at 87.3 MB , it's well worth a download for anyone who wants to get a true sense of the sheer number of Stars contained in the image or a desktop background to loose yourself in.

Each Star likely hosts multiple planets a decent percentage of which will be Earth like , if Star Wars were to exist these places are where it could be found.... anyone see the route of the Kessel Run in there ? 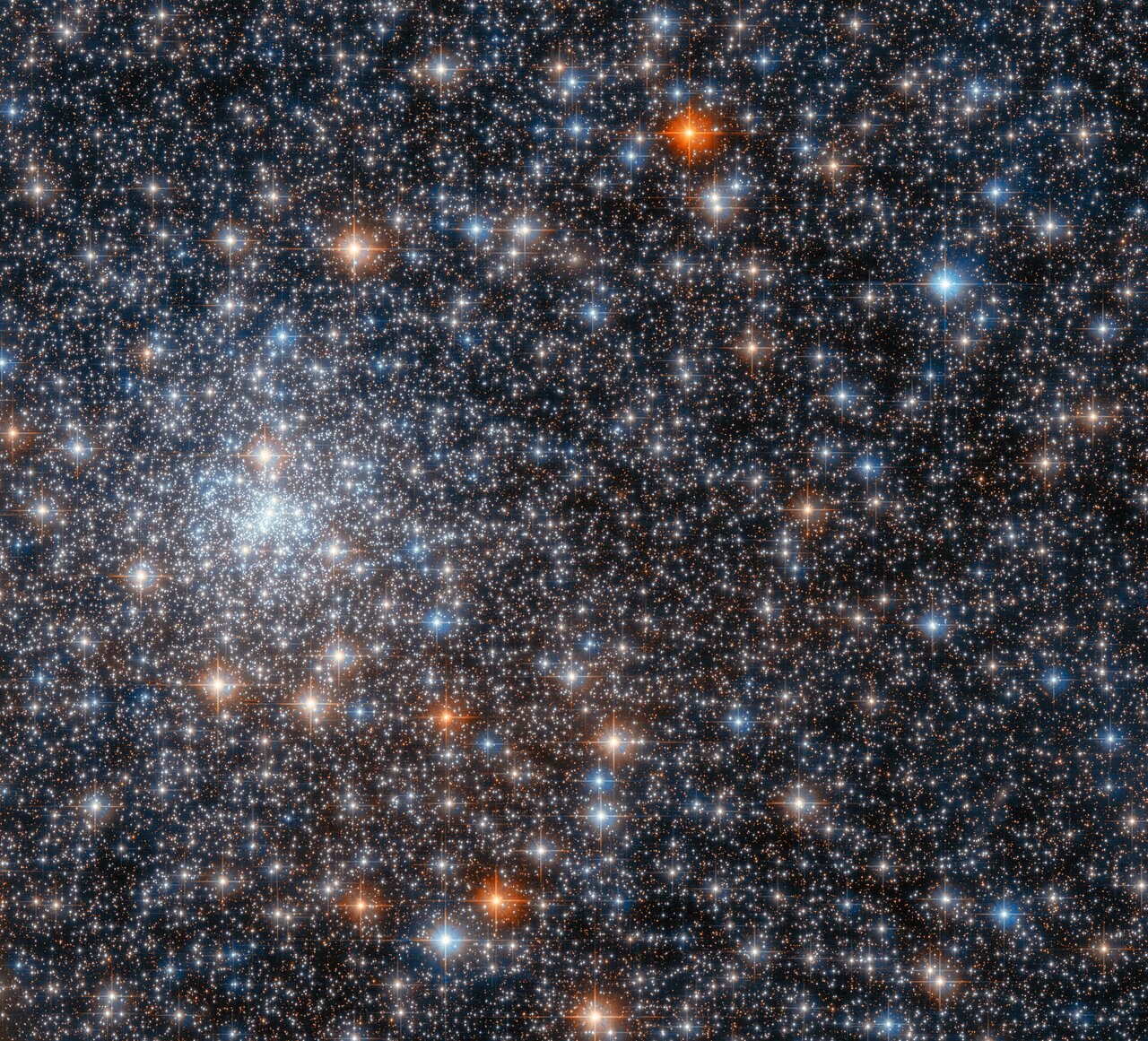 Globular clusters like NGC 6558 are tightly bound collections of tens of thousands to millions of stars, and they can be found in a wide range of galaxies. As this observation shows, the stars in globular clusters can be densely packed; this image is thronged with stars in a rich variety of hues. Some of the brightest inhabitants of this globular cluster are surrounded by prominent diffraction spikes, which are imaging artefacts caused by starlight interacting with the inner workings of Hubble.

posted on May, 22 2022 @ 08:52 AM
link
Beautiful picture of so many stars and even galaxies in but a small sliver of the observable universe and yet there are still people who claim planet earth is where all life exist.. How anyone can believe that is beyond me ?

originally posted by: 727Sky
Beautiful picture of so many stars and even galaxies in but a small sliver of the observable universe and yet there are still people who claim planet earth is where all life exist.. How anyone can believe that is beyond me ?

Sadly I don't think that people understand how truly vast the universe is and how small our tiny atom of a fragment of a piece of a speck of it is.
Of course there's life out there. It's just a case of a) how far away it is and b) if they were broadcasting their existence when the dinosaurs were dominant or Caesar was still alive, so we missed their call before what can be a brutally violent stellar environment (supernovae, novae, gamma ray bursts, coronal mass ejections, bolides, etc, etc) saw them get wiped out or forced to move.

So much to discover, so little time…

Photos like this overwhelm me with strange feelings. Used to be amazement. Now I think of the people who have Near Death Experiences who describe how we live many many lives across thousands of worlds, over eons of time.

IMO, that would be far more satisfying than sitting on a rock, playing a harp, and watching sheep for billions of centuries, like the Christians songs about heaven depict.