Project Veritas Has PROOF Fauci Lied to Congress Under Oath,

The main report regarding the EcoHealth Alliance proposal leaked on the internet a couple of months ago and has remained unverified, until now. Project Veritas has obtained a separate report to the Inspector General of the Department of Defence, written by U.S. Marine Corp Major, Joseph Murphy, a former DARPA Fellow.

“The proposal does not mention or assess potential risks of Gain of Function (GoF) research,” a direct quote from the DARPA rejection letter.

Project Veritas reached out to DARPA for comment regarding the hidden documents and spoke with the Chief of Communications, Jared Adams, who said, “It doesn’t sound normal to me,” when asked about the way the documents were buried.

This might explain why Fauci has been given so much power and authority over Covid -- rather than the US Surgeon General, whom we would expect to be the top health official.

On the plus side, it would seem that Fauci has failed miserably, both in creating this virus and in keeping its true origins hidden.

but if the MSM doesn't report it, it never happened. So with total control of the MSM and big tech, this can be hidden from most mouth breathers for quite some time.

Your link triggered my virus warning (AVG) as a known phishing site.

Interestingly you have some truth in that, controlling the media, tech take over and aboard in the same agenda, I am sure money is a great motivator too, especially tech with promises of technology to keep track of Americans due to covid.

But people has pushed back, the technology cannot advance, soo the covid agenda cannot move on and money cannot be made.

The promised land is starting to look unreachable for the corruption agenda.

originally posted by: stosh64
a reply to: Smigg

Your link triggered my virus warning (AVG) as a known phishing site.

You're going to want to remove the virus. (AVG)
link

originally posted by: network dude
a reply to: Boadicea

but if the MSM doesn't report it, it never happened.

That's where cancel culture is so very very helpful!

So with total control of the MSM and big tech, this can be hidden from most mouth breathers for quite some time.

They did their best, that's for sure. It didn't work this time.

I also think they overplayed their hand a long long time ago. Particularly with regard to Trans Activism/Ideology. Many/most people understand that some things should not and cannot be discussed openly... like our weapons technology and other national security matters. If they had only invoked cancel culture for a few select matters, possibly including previous "research and development" for Covid, they could have and would have gotten away with far more for far longer. But there was never any need to "cancel" those arguing against Trans issues... everyone knows it should be a free and open debate and discussion.

They got cocky and too big for their britches.

originally posted by: marg6043
a reply to: Boadicea

Interestingly you have some truth in that, controlling the media, tech take over and aboard in the same agenda, I am sure money is a great motivator too, especially tech with promises of technology to keep track of Americans due to covid.

So true! Can't you just see the grubby paws of Big Tech grabbing their share of this big pie of corruption, thinking they're "protected" by the government critters, gleefully high-fiving each other... oh wait! I mean bumping elbows of course...

This group do not get jabs, they get antigen treatments, if you can afford it why take an experimental jab.

Is a lot going on that we the slaves do not need to know about this days.

posted on Jan, 11 2022 @ 12:21 PM
link
Military records have a way of disappearing. There are SO many things that can and should be prosecuted that just keep getting buried and forgotten about; this is just one more to add to the list that the GOP seems to have no interest in.
SSDD.

What better place for an arsonist to be hidden than among the firemen.

Maybe when tSHTH in 2020, Fauci recognized that discovery of his fingerprints on the gain of function research for COVID and setup of the Wuhan lab was only a matter of time, so he tethered himself to the government efforts to fight COVID as tightly as he could. Self-preservation.

Maybe it was just a matter of pride before the fall. Could someone with his academic credentials, that allegedly has participated in circumventing restrictions on funding of GoF research, be so naive to think that putting his mug all over the media and news reporting would go unnoticed? Was he too blinded by all the publicity to realize drawing attention to one's self is unwise?

I'm just wondering when the crack S.W.A.T. team, with CNN camera crews in hot pursuit, are going to swoop in at dawn and apprehend this man?

Isn't that how this works?

We know that some old washed up political operative, accused of money laundering and shady business connections with Trump, was taken into custody in this fashion.

Is is not worth up'ing the ante on that operation? In so far as to bring to justice a man who has had numerous, NUMEROUS (among them that I've seen are from ATS' former affiliate Ben Swan), allegations levied against him as being the architect of what sounds like an unauthorized (per NIH/NIAID guidelines circa '13/14) biological research facility conducting dangerous gain of function research on coronaviruses, in close proximity to a city of 10mil people, smack dab in the center of the U.S.' biggest geopolitical rival?

Based on everything above, maybe a team of SEALS would be a better option than the FBI to bring in dear old pappa Anthony, for any number of reasons, from potential Chinese military entanglements, to that little detail of the FBI being too busy to handle these things, as they are incessantly chasing after phantom white nationalists instead of, like, guys that aid and abet mass murder.

This is, after all, 🤡 🌏 though, so what the heck, let's just keep churning out puff piece films and books and MSM media appearances about beloved Dr. Fauci.

posted on Jan, 11 2022 @ 12:30 PM
link
Proof? The liberal media will pick apart like Buzzards on a carcass. Or at least smear it to the point it looks like a road killed squirrel after being in the road a few days. Flat & unappealing.

It has been funny watching Fauci at the live hearing on variants, he is shi**** himself! 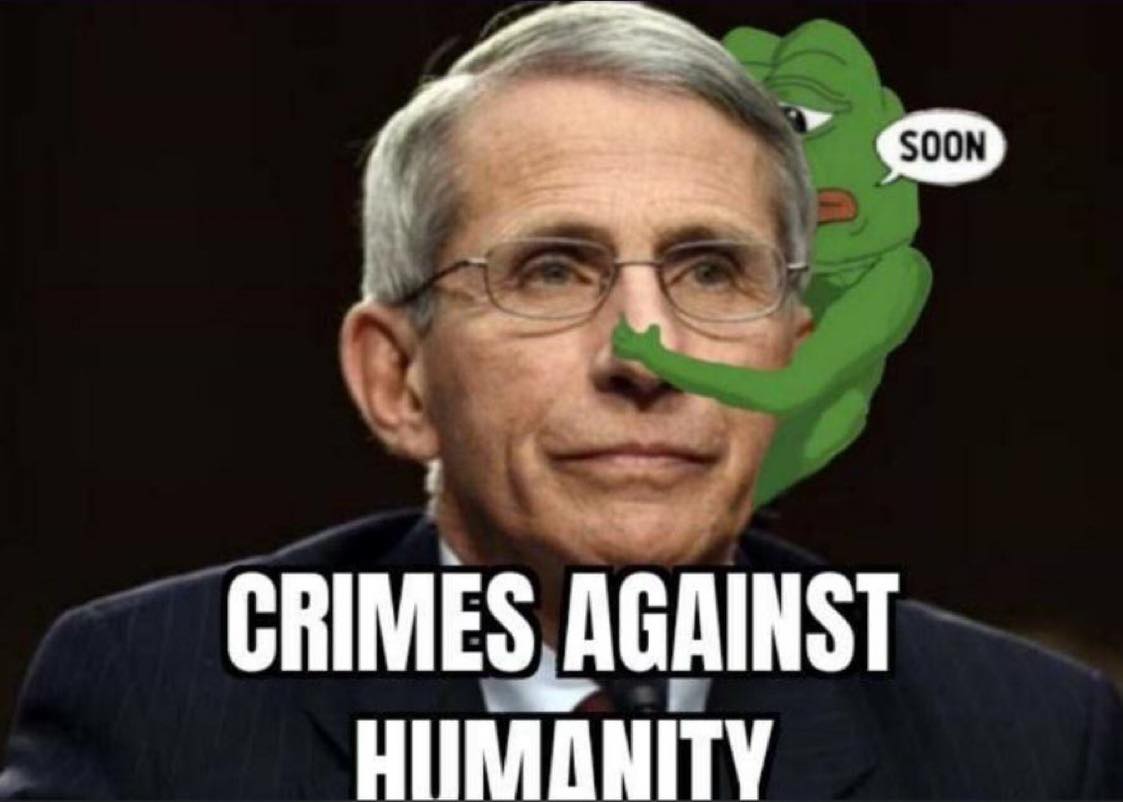 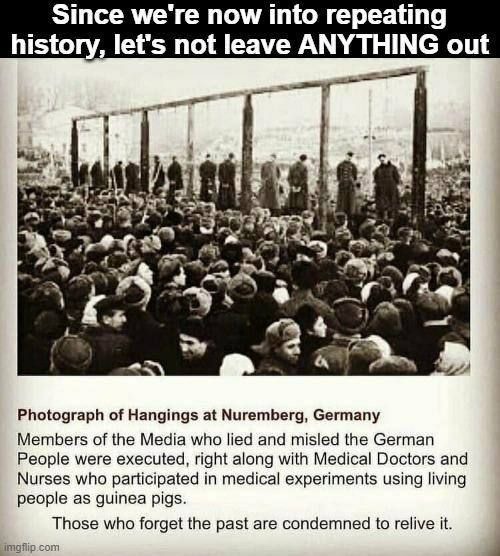 Just to clarify my analogy WRT to arsonist/firemen, consider:

* the rush, in the wake of COVID-19 escaping Wuhan (the city), to pin the outbreak on bat soup from a meat market
* the hasty (February 2020, mere weeks after the spread of the virus beyond China) article in the Lancet from a collection of scientists condemning the suggestion that COVID-19 had anything other than a natural origin (how many of those that put their name on that piece have been checked for connections, past or present, to Fauci, NIH, or the shell company that was alleged to have been created to set up the Wuhan lab without overt US involvement)
* Fauci stepping in and providing key information about the virus that could be used to form public health policy

It's very easy to look smart and provide all the answers when you know all of the tough questions and pitfalls beforehand....

You do not need to actually physically end somebody's life, character assassination does the same, render the target unable to be heard or seen with any respect.

That is what Fauci the CDC, the media and the tech companies has been doing with covid opposition and facts.

This is why none of the govt reaction seems to make sense and is so over the top in regards to lock downs, etc. It is also why govt was ok with big tech censoring people who went against the narrative.

The govt response has two components. The first component is that they are in fact trying to protect the public. They know it is a lab leak and a very dangerous flu / cold bug. However, I don't think they really know / knew how it would impact the public. Some funky sh!t got out and they were trying to contain it the best they could. I don't think vaccines have 5G nanobots and all that other nonsense. The vax is just the best they could come up with to protect those who may suffer from it. Since they can't contain it, this is why the push to vax everyone.

The second component is that they are also trying to cover up the fact that this was a lab leak. No one wants to take responsibility for what is essentially a global man made disaster unlike anything in history. This is the conspiracy. The cover up is worse than the crime.

originally posted by: marg6043
a reply to: elementalgrove

You do not need to actually physically end somebody's life, character assassination does the same, render the target unable to be heard or seen with any respect.

That is what Fauci the CDC, the media and the tech companies has been doing with covid opposition and facts.

At a certain point, the cabal of eugenicists he is a puppet for are going to serve him up.