When Scott Smith went to the Loudoun County school board meeting on June 22, he says he had one intention — to tell the story of his daughter’s rape.

One of the items to be discussed at the meeting was a proposed school district policy that would allow students to enter their bathroom of choice based on their “gender identity.”

A number of protesting parents had gathered to voice their opinions. Others supported the policy, denouncing their more conservative peers as bigots.

School superintendent Scott Ziegler assured parents that there is no reason to be concerned over the inclusion of transgender students in bathrooms and locker rooms.

When Beth Barts, a member of the school board, asked at the meeting if the school district had “assaults in our bathrooms or locker rooms regularly,” Ziegler said that wasn’t a problem.

“To my knowledge, we don’t have any record of assaults occurring in our restrooms,” he said, according to The Daily Wire (subscription required).

“Have we had any issues involving transgender students in our bathrooms or locker rooms?” Barts asked, according to The Daily Wire.
...

Some people, those whom are pro-transgenders sharing bathrooms with girls, one woman in specific claimed to the father's face that she didn't believe his daughter. The two started yelling at each other, then the police grabbed the arm of the father and when he yanked his arm away he was punched and thrown to the floor by the police. Of course the far leftist woman was not arrested and the police did not put their hands on her...

The School superintendent Scott Ziegler, as well as authorities also attempted to hide this crime. The boy was quietly transferred to another school, and that boy was arrested for raping another girl in the school he was transferred to...

The father even states that he was told to stay quiet, and to keep away from social media as they attempted to hide this crime.

When a pro-transgender bathroom draconian parent, a woman, told the father that she thought his daughter was lying he did raise his voice at which point the police were telling him to stay quiet and leave, but the father didn't want to leave, a cop grabbed the arm of the father, he yanked it away and the father was punched, thrown to the floor and a fight ensued at which point the father was arrested. Of course the far leftist woman whom also yelled at the father claiming she didn't believe his daughter was not arrested and the police did not put their hands on her.

...
"We can confirm a May 28, 2021 case that involved a thorough 2-month-long investigation that was conducted to determine the facts of the case prior to arrest," the sheriff’s office told Fox News. "This case is still pending court proceedings. The Loudoun County Sheriff’s Office is not able to provide any documents that pertain to a pending case." The sheriff's office confirmed that the case involved sexual assault.

Even in ATS when I reported a similar case, but this time the perpetrators were all immigrants boys that had been allowed into the U.S. through the Afghan refugee program raped a small girl, that thread was put in the LOL forum because authorities in that case also claimed that it was all a lie, when in fact it had happened. It took several people from the area complaining about this for authorities to finally admit the crime did occur.

Now we have this case and who knows how many more cases like this one are kept hidden from the public.

In this case it is not known whom the boy is since apparently he is also a minor and all facts about the case are sealed.

Many will proclaim that the police were right in arresting the father, when authorities and the school board, alongside the School superintendent Scott Ziegler all lied and hid this crime. Two months went by and the only thing done was that the School board, and authorities, transferred the rapist to another school where he raped another girl... Two more months went by.

This is what these "pro-transgender policies" are allowing, and this won't be the last time this will happen.

It's been obvious to anyone who watches not only the goings on in Democratic politics but Hollywood that the woke leftists have always endorsed the rape of young girls.

Now excuse me, I have an Epstein Halloween prop to put up in the front yard.

It won't hang itself, after all...

posted on Oct, 13 2021 @ 09:04 PM
link
Wtf man? Not only did they cover it up they let it escalate till the point dad needed to kick someone’s ass to get an investigation going?


I really can't publically say what I would have done had it been my daughter. 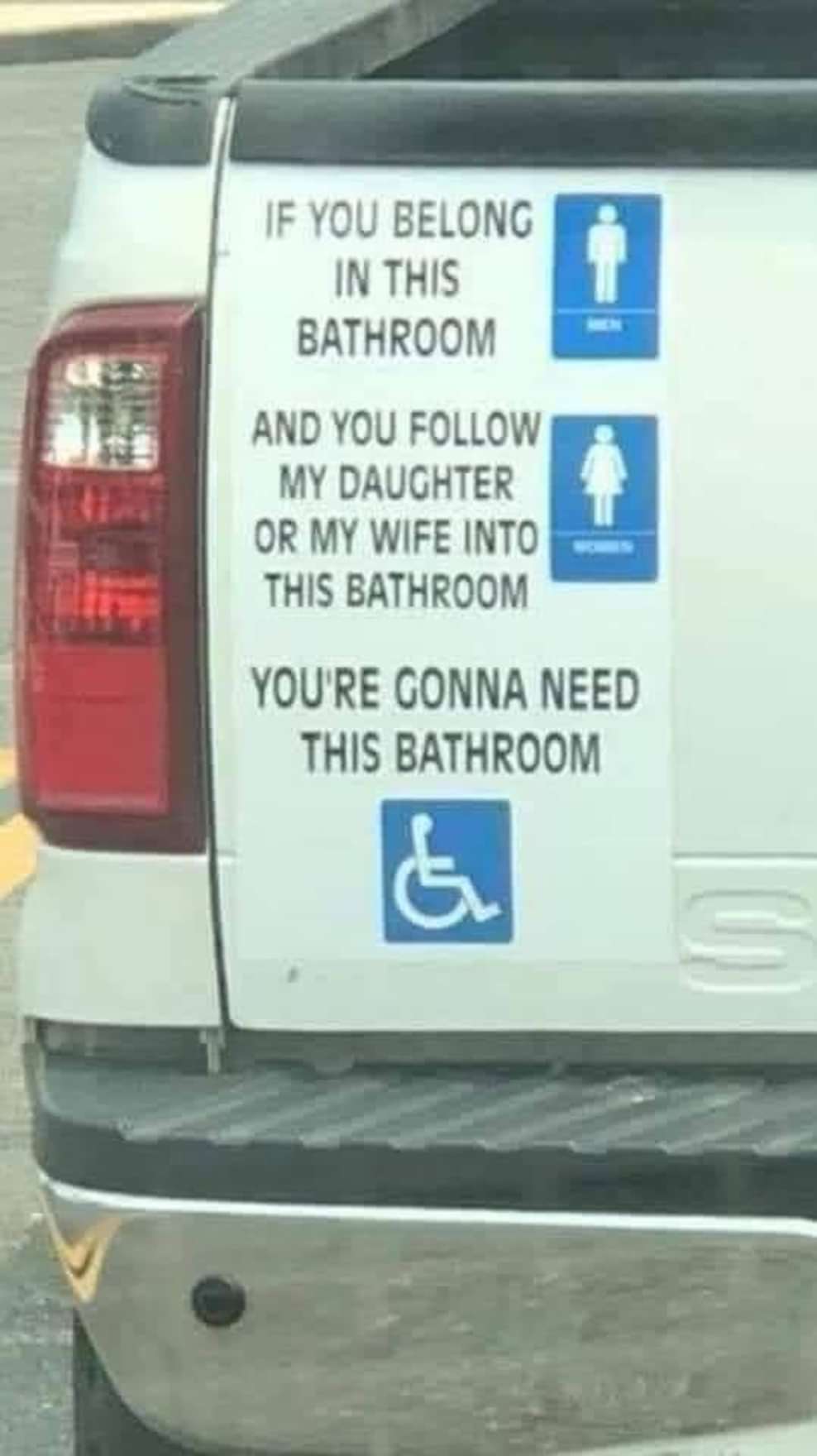 
I really can't publically say what I would have done had it been my daughter.

So what you would have done would never have been public knowledge.

And why use the white van and a place we never heard about somewhere outside Vegas...

This is a such sad story. And this happened publicly.

Oh, it is bad. This is not the first time boy in skirt offended and the school is trying to cover it up.

Smith says that the boy wore a skirt when he entered the girls' bathroom and allegedly attacked his daughter.

After the alleged attack, the administration called Smith to come to the school and told him it would handle the incident "in-house."

According to Smith's attorney, the suspect made self-incriminating statements during an interview with prosecutors and a conviction is "expected imminently, likely in the form of a plea deal to a charge of felony aggravated sexual battery."

During the June school board meeting, school officials told parents minutes before Smith's arrest that concerns about transgender students in bathrooms or locker rooms were a "red herring" and that there were no records of assaults occurring in bathrooms. They did not inform the public of the alleged assault against Smith's daughter, which was reported to police three weeks before.

Meanwhile, the 15-year-old male suspect who allegedly attacked Smith's daughter has not yet been convicted and is accused of sexually assaulting another girl at a different school.
On Oct. 7, the Loudoun County Sheriff's Office announced that "a teenager from Ashburn has been charged with sexual battery and abduction of a fellow student at Broad Run High School."

"The investigation determined on the afternoon of October 6, the 15-year-old suspect forced the victim into an empty classroom where he held her against her will and inappropriately touched her," police said.

The Daily Wire reported that the suspect is the same male student who allegedly assaulted Smith's daughter.

originally posted by: MichiganSwampBuck
If they teach this stuff in school, what did they expect to get out of this, nice, normal and behaved students?


I agree with you and this is how you create a generation of angry students.

posted on Oct, 13 2021 @ 09:16 PM
link
The country/world is run by criminals, so I'm not surprised in the least.
What better place to hide behind organized crime then being a 'government'/or 'government entity' ?

There wouldn't be enough left to fill a tea cup, but you never know.

posted on Oct, 13 2021 @ 09:19 PM
link
I will say it for you DB...some body would be touting a serious arse whooping....Whether it's the fruitcake that did the deed or the whimpy school board douche that denied it. Fruitcake needs a dose of reality....Federal POUND YOU IN THE ARSE Prison would be a good start. He want's to be a girl......I'm sure them inmates could fix him right the hell up.a reply to: DBCowboy

October 12, 2021
...
The Virginia police and county prosecutors told Mr. Smith to keep his mouth shut. Meanwhile the rapist was transferred to another school where he sexually assaulted another teenage girl last week. Only after the second rape did the issue start to become public as the father of the first victim would no longer stay quiet.
...


Loudoun County, Virginia, School Board Covered Up Student Rape and Had Father of Victim Arrested to Keep Him Quiet, National School Board Association Then Labeled the Father a Domestic Terrorist

...
A Virginia father who went viral after being dragged out of a Loudoun County school board meeting and arrested for protesting its proposed transgender policies has now revealed he was trying to tell the room that his daughter had been raped by a boy at school in the girls’ bathroom.

Scott Smith was photographed on June 22 being dragged out of the heated meeting with his torso exposed in Leesburg, Virginia. The 48-year-old plumber was ridiculed on social media afterwards and was painted by the left to be a deranged, right-wing bigot.
...

originally posted by: Fatboy527
I'd say that if he ain't raped a boy yet then he ain't Bi-sexual...He's a predator.a reply to: ElectricUniverse

He is described as bisexual in the article, so I reported it as such. I don't believe all bisexual people do this. But that's what the articles stated.