Another Study Shows Vaccinated At HIGHER RISK of COVID Infection

This is good news. Everyone should get vaccinated, contract Covid-19, and recover.

That's the only way to end the hysteria and get this damn Sars bug out of the daily news cycle.


I been trying to catch covid from the beginning. I even had fast food workers
remove their mask and breath on my food. Maybe you'll have better luck.

And if you do could you put some in a vile and send it to me good brother?

This is good news. Everyone should get vaccinated, contract Covid-19, and recover.

That's the only way to end the hysteria and get this damn Sars bug out of the daily news cycle.

Taiwan’s health authorities say that as of Monday, deaths after vaccination reached 865. While deaths from the virus are 845.

Don't need to really click the link though, unless you really want someone to narrate what I just pasted.

Well : one of the big lies, among a friggin' dump-truck full of lies.

Here is a good one if you like Ravells Balero linked to a time-lapse of how Fauci changes his tune. Don't you think Fauci looks pretty good for a guy in his eighties I wonder what he is on? www.bitchute.com...

Yeah Tony Fraudchi™ is a real piece of work.

Mafia™ bosses just keep on working until the grave.

So why does an 81 year old Civil-Servant™ just keep working ?

Looking after investments and interests ?

He likes power, the ultimate buzz.

originally posted by: Nothin
a reply to: anonentity

Yeah Tony Fraudchi™ is a real piece of work.

Mafia™ bosses just keep on working until the grave.

So why does an 81 year old Civil-Servant™ just keep working ?


His background gave him security clearance to bioweapons...

Dr. Fauci was appointed director of NIAID in 1984. He oversees an extensive portfolio of basic and applied research to prevent, diagnose, and treat established infectious diseases such as HIV/AIDS, respiratory infections, diarrheal diseases, tuberculosis and malaria as well as emerging diseases such as Ebola and Zika. NIAID also supports research on transplantation and immune-related illnesses, including autoimmune disorders, asthma and allergies.

So Trump wanted him because he thought he was knowledgeable about bioweapons such as HIV, Ebola, Zika and autoimmune disorders.

Biden kept Fauci because in D.C. there's a saying... sometimes it's just easier to keep someone in a job with clearance to bioweapons and chemical weapons because it is too difficult and takes too long to educate and train someone else of all that classified data.

Same thing happened to my grandma in WWII in D.C. Even though she was pregnant, she did not get maternity leave. Back in the 1940s, most women were excused from their wartime jobs when they got pregnant. But not my grandma. It was too difficult to train and educate someone else with the bioweapons security clearance. So she got 1 day off to have a baby and back to work in the middle of war. My aunt took care of my infant mother.

Besides, Fauci's bioweapons security clearance isn't as big as both Trump and Biden think. Fauci didn't even know about half the bioweapons made, released and studied in Africa from WWII to the 1980s.

Crazy how he's supposed to be some sort of " Public-Servant™ " ! 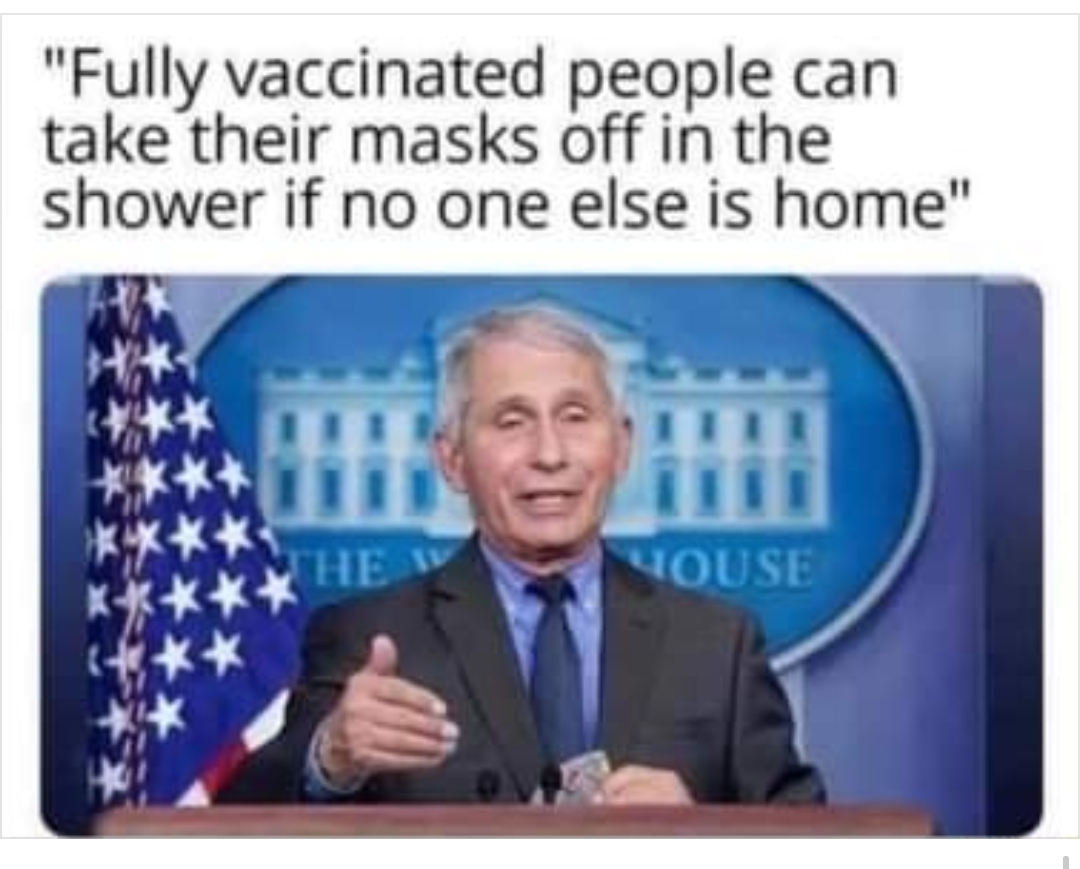 Edit : for some reason : feel the need to mention that the quote in the meme is probably not true, don't know.

posted on Oct, 19 2021 @ 01:44 AM
link
I personally know 10 people all vaxxed 4 months ago and they all currently have covid got it from another vaxxed person