Sorry bro I was being sarcastic but if I was in charge of selling the stuff and allowed to make up any lie I want to sell it, I’d lie about that fake side effect. Apparently it would work too.

posted on Jul, 10 2021 @ 07:37 PM
link
So does this mean that all the Biden nanny-totalitarians going around providing the wardens of the all Supreme state with vaccines will have to go back with booster shots after that ????

Not really, they said they changed the ending. I'm sure those who have not seen the original will enjoy the second one.

I just refuse to watch any new #, especially any remakes. And there are some faces I don't want on my glowing screen and Whoopsi is one of them.

Maybe just use the auto-iggy function that comes with pretty much every brain? 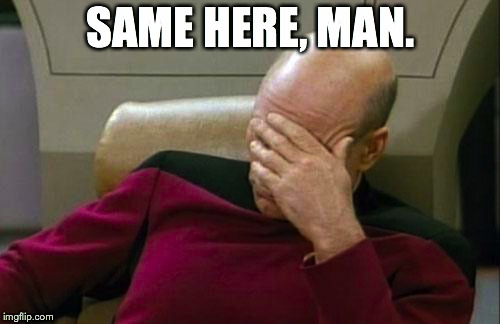 You're onto something there. It's probably coming.

Laboratory studies suggest specific monoclonal antibody treatments may be less effective for treating cases of COVID-19 caused by variants with certain substitutions or combinations of substitutions in the spike protein.

Variant Charts
edit on 11-7-2021 by GravitySucks because: (no reason given)

At the beginning of PCR testing if a "COVID-19" PCR test was done on a person with a Common Cold Coronavirus it would come back positive. Has that changed?

At the beginning of PCR testing if a "COVID-19" PCR test was done on a person with a Common Cold Coronavirus it would come back positive. Has that changed?

Google is your friend.

No, really. There's research papers on it. And you've been misled about the common cold testing as Covid

Concerning mutated varieties, many studies contradict this idea that they are far more deadly and contagious. The new variants aren't much worse than the original virus and the numbers seem to confirm that, if you go with those reports over the "official" sanctioned ones. The idea that the current vaccines are becoming ineffective hasn't had enough time to prove out, not to mention they are blaming the rise of mutations on those who were never vaccinated, regardless of any natural immunity from previous infections.

.. I have been wondering about mutations myself and from an evolution point of view - an organism will evolve (mutate) to adapt to its environment, the more hostile the environment the more adaptive evolution/mutations required and if the organism cannot evolve/mutate fast enough it dies off or goes extinct, only the fittest will survive. Having said that, which human host do you think will have the most hostile environment for the CoViD virus - Vaccinated or unvaccinated? My guess would be vaccinated. Of course if the unvaccinated catch the virus and the virus remains in his/her system for a loooonnnng time like 6-7 months (eg in people with suppressed immune system like HIV patients), chances to find the mutated virus in his or her system is high as there will be many generations of the virus with a mutation, but will they be more deadly or not is the big question. And if the virus mutates in a patient that has already been vaccinated you can be sure it will be more virulent. I hope I am wrong.

You have touched on one of the alternative theories on vaccinations and "breakthrough" cases. Scientists and medical experts on the opposing side of the MSM propaganda have stated very much what you have.

The way I look at it is why would a virus need a mutation to survive in a host that has never developed immunity to begin with? Without an environmental stress factor threatening the virus, it wouldn't be forced to relay on mutations to survive.

It must be considered that the longer a strain circulates, the greater the possibility it will mutate regardless of the host environment. However, if a vaccine is wiping out a particular variant, what do you suppose we will have left but mutant strains that evolved a way around the immunity formed by the vaccine? The vaccine selects the original strain for extinction and like natural selection, only the surviving mutated varieties will remain to start the next potential pandemic.

ETA: If you expand on this theory you might even say that the vaccines are encouraging or pushing the virus to mutate, speeding up the process.

That is some pretty sound logic to turn the tables on this idea that the un-vaccinated public is responsible for any new variant strain that emerges. Personally, I believe it would be best to allow individual natural immunity to handle new strains, be it in the form of a disabled virus vaccine or an infection of the wild active virus.
edit on 11-7-2021 by MichiganSwampBuck because: Added extra comments

posted on Jul, 11 2021 @ 07:52 AM
link
Seems weird to me that China has had only 3 deaths in as many months. Perhaps batwomans "remdesivir and chloroquine" remedy will work with new strains...

During the COVID-19 pandemic, Shi and other institute scientists formed an expert group to research Severe acute respiratory syndrome coronavirus 2 (SARS-CoV-2).[16][17] In February 2020, researchers led by Shi Zhengli published an article in Nature titled, "A pneumonia outbreak associated with a new coronavirus of probable bat origin", finding that SARS-CoV-2 is in the same family as SARS, and that it has 96.2% genome overlap with the most closely related known coronavirus, RaTG13.[18] In February 2020, her team published a paper in Cell Research showing that remdesivir and chloroquine inhibited the virus in vitro, and applied for a patent for the drug in China on behalf of the WIV.[19][20][21] This caused conflict with an American pharmaceutical firm that had also applied for a patent.[22] Shi co-authored a paper labelling the virus as the first Disease X.[23]

Is that from Wikipedia? Link?

posted on Jul, 11 2021 @ 12:34 PM
link
Bill Gates loves us...Dr. Fauci is Americas doctor...Cant we just trust them, Dr. Fauci himself said 'just get over it'...Eh, Im a gambler..Ill bet my life (literally) that our leaders and media have integrity and our best interests at heart....anyone who thinks otherwise, to me is a racist...lalalalalalala

originally posted by: lukey7
Bill Gates loves us...Dr. Fauci is Americas doctor...Cant we just trust them, Dr. Fauci himself said 'just get over it'...Eh, Im a gambler..Ill bet my life (literally) that our leaders and media have integrity and our best interests at heart....anyone who thinks otherwise, to me is a racist...lalalalalalala

People with that kind of trust are known as "marks" or "suckers" by confidence men and grifters. They are easily taken by confidence tricks or scams.

Stages of the con In Confessions of a Confidence Man, Edward H. Smith lists the "six definite steps or stages of growth" of a confidence game.[7] He notes that some steps may be omitted.

Foundation work Preparations are made in advance of the game, including the hiring of any assistants required and studying the background knowledge needed for the role.
Approach The victim is approached or contacted.
Build-up The victim is given an opportunity to profit from participating in a scheme. The victim's greed is encouraged, such that their rational judgment of the situation might be impaired.
Pay off or Conviencer The victim receives a small payout as a demonstration of the scheme's purported effectiveness. This may be a real amount of money or faked in some way. In a gambling con, the victim is allowed to win several small bets. In a stock market con, the victim is given fake dividends.
The "hurrah" A sudden manufactured crisis or change of events forces the victim to act or make a decision immediately. This is the point at which the con succeeds or fails. With a financial scam, the con artist may tell the victim that the "window of opportunity" to make a large investment in the scheme is about to suddenly close forever.
The in-and-in A conspirator (in on the con, but assumes the role of an interested bystander) puts an amount of money into the same scheme as the victim, to add an appearance of legitimacy. This can reassure the victim, and give the con man greater control when the deal has been completed.

In addition, some games require a "corroboration" step, particularly those involving a fake, but purportedly "rare item" of "great value". This usually includes the use of an accomplice who plays the part of an uninvolved (initially skeptical) third party, who later confirms the claims made by the con man.[7]

LINK
edit on 11-7-2021 by MichiganSwampBuck because: For Clarity

originally posted by: Brotherman
a reply to: CrawlingChaos

Sorry bro I was being sarcastic but if I was in charge of selling the stuff and allowed to make up any lie I want to sell it, I’d lie about that fake side effect. Apparently it would work too.

Well... my friend is disapointed to hear that..

originally posted by: Starcrossd
a reply to: bobs_uruncle
Can I go with you? I want off this sh#tshow


I think we all want off. Bolivia east of Lake Titicaca in the Andes is looking better all the time.

originally posted by: Ghost2575
In that case, I've got this bridge in Brooklyn I could sell on the low if anyone is interested?

Is this Not an Act of WAR, Hell This virus has Killed A HELL of a lot more than Peal Harbor possibly more than WWII.!!!